august 31st 2005
an observation: months that start with poems are voluminous, especially if they follow the way this month did. frustrated with myself? a little, so i thought to change up the baggage, for a few weeks at least. literally, i mean. time for a different not-a-purse. i'll tell you a secret: i re-incarnate my carrying sacks. i maintain a comprehensive collection in the void of the laundry room crawlspace. not without shame, i admit my suspicion that the dyed red acid-washed denim duffel from the eighth grade is still down there somewhere, though i'm not sure and frankly the idea is a bit too horrible to contemplate. tonight i went down to pull two favorite options: a gap messenger bag, black, with a flap lid in need of mending; and a military surplus backpack that was always a bit oversized to start out with. it is, generally, an entire mess. the novelty of being able to carry around two notebooks, a journal, my lunch, a hardcover book, and a hooded sweatshirt, though, it's pretty appealing and may help me in overcoming these obstacles. 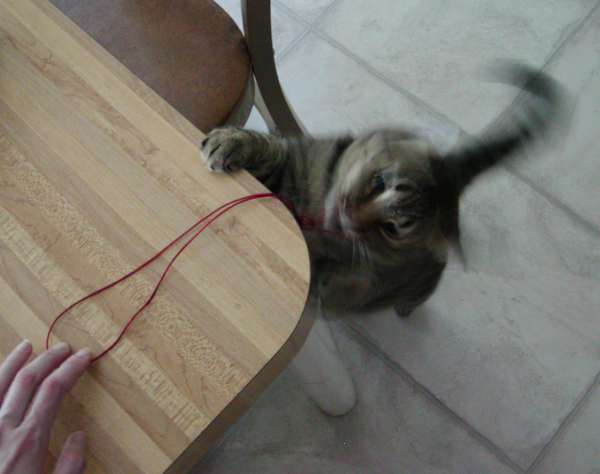 (emily the cat walks back and forth on the bed, standing at the window, darting for the extended black ribbon bookmark, stepping off the edge and climbing back on. motion, motion, motion. different rates and different reasons. the paw bats, the shoulders hefts for the windowsill.)

so i selected my options and washed them. before i did, i felt around through the pockets. candy wrapper, kleenex, old napkin, what’s this? in the flat zippered compartment on the opening flap of the black gap bag, “the lazy pocket,” i found a receipt. in fact, what i found was a receipt from november 14th, 1996? for the sister's of mercy's "vision thing." VIBES, washington street, 12:40PM. i wonder if it was a weekday. i wonder if it was a stop between classes. i wonder which store it was, i've stopped being able to call them by name. was it the one above planned parenthood, was it the one upstairs from the bar? there was the store where i bought "bloodletting”, weirdly corporate, but for the large rack of busted-up second hand inventory that you saw when you first walked in. maybe it was there.

there was the upstairs place, the other one, much longer than it was wide and mostly empty, i think in the same building where i got my stylish mid-nineties bob. on the sales floor, tiered risers of CD covers in plastic slip covers. the CDs themselves were stocked in great caves of rooms in which no customer was allowed. i splurged on a couple high-end imported bootlegs from the sisters there at the end of my first year (book buy-back day), but i know i do not get "vision thing" there. that store was good for certain rarities — high-end imported bootlegs of well-known acts, beloved college radio fixtures like happy rhodes - just as the place above planned parenthood was good for another - underground ambient, post rock, fringe-of anomalous records. i found my first mother destruction album for three bucks in their almost offensively obscure second-hand inventory. “vision thing” wouldn’t have been a purchase, though, for a rarity store.

i wonder about this not quite for any kind of obsessive organizational initiative (though i've certainly had more than my share of those) but because, simply, i wonder about that moment in time. what was my mind on, what was i wearing. my hair was stylishly bobbed, by then. was it purple? was it lying right that day, or flipping outward with that terrible retro marlo thomas look i’d get from tucking it wet behind my ears? i loved to take long hot showers at night when i lived in burge, i liked tucking my wet hair behind my ears. i liked padding down the hall in my black cut off sweatpants and fading depeche mode shirt, past the exuberant murmur inside open dorm room doors to the privacy behind my own, closed. locked. i loved locking my dorm room door, the first meaningful lock i could sort of call my own. i remember the awful petty bullshit that went on with my increasingly self-absorbed freshman neighbor that year and can't say i miss those thin walls one mite; i think back over those shopping saturdays and regret not being more creative with my time? but i was who i was and i did what i did and there’s still something of a romance to the idea of coming home with a couple new-to-me CDs and a new pack of mystic temple incense, lighting a stick, putting on an album, turning off the overhead fluorescents (muted, of course, by a blue batik printed tapestry, a necessary purchase from the indian import store at the mall i made within within 48 hours of flipping that switch the first time) turning on the christmas lights and writing scattered pieces of the novel i couldn’t quite drop into. i remember letting the psychedelic screensaver run while tracy and i managed somehow to fall asleep together on my narrow, green-sheeted bed, listening to dean evenson. do i miss it? not especially.

except for that key-locked door. 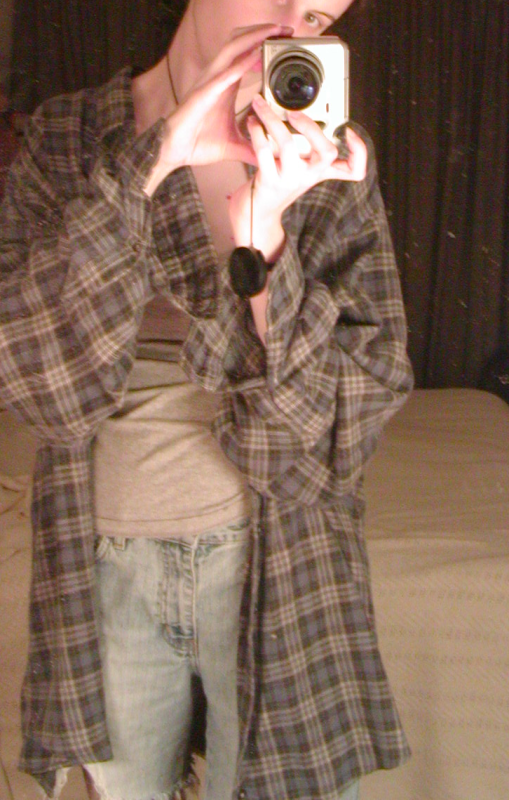 nipping into the new month, we'll posit the hypothesis that i've found a little peace today. though while waiting, standing, staring blankly off at a counter's edge this morning waiting for a customer to finish crooning about the good energy she's found in yet another item she won't buy, it struck me that there really are better and more altruistic services i could be providing the community. it struck me that i was both bored and annoyed with this situation of waiting while someone picked up and put down every little pendant on the tray, not even allowed to drift off mentally to a slightly more interesting shore because this customer is yet again shoving a pendant with a perfectly visible price tag in my face to ask what it costs. i've dwelt in this place, as far as retail is concerned, where i tell myself every job has its importance and its function, some jobs require - and deserve - more patience and exacting detail than others? i think i'm beyond a state of burnout, as far as retail is concerned. i haven't been able to focus here for a while, i know i'm letting any number of things slide, and this is the best retail establishments i've been involved with? so i know i've been coming to this place from a ways back.

work is hard, though. i mean figuring out where you should be and then getting there. this is complicated by a growing voice in the back of my head insisting that my next job be more about helping and less about selling (though selling can be helping in many ways, i know, too.) so how do you get there, without pissing off everyone so helpfully insisting on this convenient opening of an entry level position copy writing questions and telephone scripts for marketing research being the best possible thing out there for me, why haven't i submitted a resume for it, yet?

i like to please people. i want people to like me. i can fold into doormat mode sometimes, hence the counter-edge stare while my customer stands on the other side of another counter, hitting herself on the head with a tuning fork and muttering that the tone isn't as pronounced as the german forks she's already got at home.

"not that there's anything wrong with that," she says, apologetically, holding out a hand of surrender, as though her denouncement of our tuning fork will leave me rending garments and wailing in the back office after she leaves. oh, no. now that you've said it, i'll never be able to face another shift at this counter with its inferior tuning forks again.
*

thought of something i’d like to do as i woke up and got on it while it was slow this morning. called the operations manager, called the treasurer, called the society president. got collection tins for hurricane relief placed here in the bookshop and hopefully in the library as well. so far, there are three dollars in our tin. all of three dollars were all the cash i had on hand. i shifted our dramatically marked tin to a slightly higher location and set the promotional display for an upcoming ram das talk on the counter for now. mr. das, i'm confident, would approve. i'd give blood but it might not be the best idea since i’m underweight and chronically a little short on iron.